WASHINGTON (Reuters) – U.S. banking regulators said Tuesday that “living wills” submitted by eight large U.S. banks are satisfactory, but half of those plans have “shortcomings” that should be addressed in the future.

FILE PHOTO: The logo of Goldman Sachs is displayed in their office located in Sydney, Australia, May 18, 2016. REUTERS/David Gray/File Photo

The Federal Reserve and Federal Deposit Insurance Corporation found shortcomings in plans from Bank of America (BAC.N), Goldman Sachs (GS.N), Morgan Stanley (MS.N) and Wells Fargo (WFC.N), detailing how they could be safely taken apart should they face bankruptcy.

The resolution plans, commonly known as living wills, require large banks to detail for regulators how they could be unwound in cases of bankruptcy with minimal disruption to the financial system. If banks cannot gain regulatory approval for their plans, they could face more severe restrictions or even be ordered to divest.

Tuesday’s results serve as a relatively clean bill of health for the nation’s largest and most complex institutions. It marks the first time since 2014 that neither the Fed nor the FDIC found significant issues with those plans that merit immediate action by banks.

The regulators said the 2017 results show “significant progress” had been made in the banking sector in recent years.

Of the banks facing shortcomings in their plans, there was no unifying concern. For example, regulators said Goldman needed to address an issue related to the bank’s “separability analysis related to the actionability of divestiture options,” while Bank of America was told it should take a second look at its derivatives portfolio.

Regulators said four areas where all banks need to refine their focus in the years ahead include: intra-group liquidity, internal loss-absorbing capacity, derivatives, and payment, clearing and settlement activities. 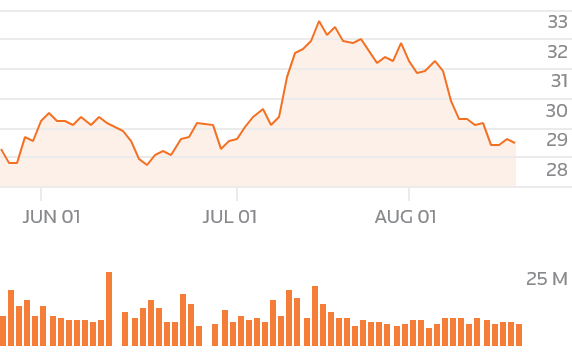 Large banks have been required to submit plans detailing how they could be safely taken apart in a time of crisis since 2012, after the requirement was included in the Dodd-Franc financial reform law.

In September, regulators announced they would be giving banks more time to submit their living wills, as part of a broader effort to ease post-crisis rules. The banks are not required to submit new plans until July 1, 2019.

Banks had argued the annual cycle for submitting living wills – which can comprise thousands of pages – was too onerous.

In a June report, the U.S. Treasury recommended extending the cycle to two years, revising the threshold for banks that must submit living wills, and increasing the transparency of guidance regulators feedback on to banks on the plans.

(Corrects Reuters Instrument Code for Bank of New York Mellon to BK.N, not BNY.N in paragraph 3 and metadata.)